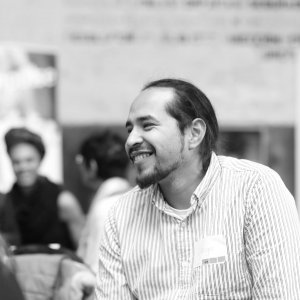 Bike powered nowmad looking for what has not been lost to him while contribute with his work and ideas wherever he is.

What every software engineer should know about search

MetPublications is a portal to the Met's comprehensive publishing program featuring over five decades of Met books, Journals, Bulletins, and online publications on art history available to read, download and/or search for free.

Whoe'er would search the starry sky,
Its secrets to divine, sir,
Should take his glass -In mean, should try
A glass or two of wine, sir!
True virtue lies in golden mean,
And man must wet his clay, sir;
Join thes two maxims, and'tis seen
He should drink his bottle a day, sir!

Old Archimides, reverende sage!
By trump of fame renowned, sir,
Deep problems colved in every page,
And the sphere's curved surface foud, sir:
Himself he would have far outshone,
And borne a wider sway, sir,
Had he our modern secret known,
And drank a bottle a day, sir!

When Ptolemy, now long ago,
Believed the earth stood still, sir,
He nevere would have blundered so,
Had he but drunk his fill, sir:
He' then have felt it circulate,
And would have learnt to say, sir,
The true way to investigate
Is to drink your bottle a day, sir!

Copernicus, that learned wight,
The glory of his nation,
With draughts of wine refresed his sight,
And saw the earths's rotation;
Each planet then is orb under way, sir;
The moon got under way, sir;
Thes truths from nature the imbibed
For he drank his bottle a day, sir!

The noble Tycho placed the stars,
Each in its due location;
He lost his nose by spite of Mars,
But that was no privation:
Had he but lost his mouth, I grant
He would have feld dismay, sir,
Bless you! he knew what he should want
To drink this bottle a day, sir!

Cold water makes no lucky hits;
On mysteries the head runs:
Small drink let Kepler time his wits
On the regular polyhedrons:
He look to wine, and it changed the chime,
His genius swept away, sir,
Through area varying as the time
At the rate of a bottle a day, sir!

Poor Galilleo, forced to rat
Before the Inquisition,
E pur si muove was the pat
He gave them in addition:
He meant, whate'er you think you prove,
The earth must go its way, sirs;
Spite of your teeth I'll make it move,
For I'll drink my bottle a day, sirs!

Great Newton, who was never beat
Whatever fools may think, sir;
Though sometimes he forgot to eat,
He never forgot to drink, sir:
Descartes took nought but lemonade,
To conquer him was play, sir;
The first advance that Newton made
Was to drink his bottle a day, sir!

D'Alembert, Euler, and Clairaut,
Though they increased our store, sir,
Much further had been seen to go
Had they tippled a little more, sir!
Lagrange gets mellow with Laplace,
And both are wont to say, sir,
The philosophe who's not an ass
Will drink his bottle a day, sir!

Astronomers! What can avail
Those who calumniate us;
Experiment can never fail
With such an apparatus:
Let him who'd have his merits known
Remember what I say, sir;
Fair science shines on him alone
Who drinks his bottle a day, sir!

How light we reck of those who mock
By this we'll make to appear, sir,
We'll dine by the sidereal clock
For one more bottle a year, sir:
But choose which pendulum you, will,
You'll never make your way, sir,
Unless you drink -and drink your fill-,
At least a bottle a day, sir!